Seeing wild and exotic animals up close can be an incredible part of any travel experience. But what we sometimes fail to realise is the cruelty and abuse that goes on behind the scenes to make those encounters possible. Animal tourism has an indisputable dark side – take the Thai tiger temples that are rife with illegal breeding and trafficking. According to World Animal Protection, 75% of wildlife tourist attractions have a negative impact on animals.

Of course, in some instances, tourism can benefit wildlife, providing financial support and willing volunteers for conservation efforts. As conscientious travellers, it’s our responsibility to ensure that the choices we make and the services we fund have a positive impact on the local community and native species. Ecotourism is growing; there’s no shortage of ethical organisations making dedicated efforts to improve conditions for wildlife – if you take the time to seek them out. Here’s how to tell the good from the bad.

How to tell if animals are being exploited

If you’re looking at animal attractions and you’re not sure whether the animals are being mistreated, here’s a simple checklist:

Who doesn’t love the thought of cuddling and playing with an exotic animal? Most of us have seen pictures of someone we know posing with a tiger or holding a koala and assume it’s a perfectly amicable experience for everyone involved.

The problem is when we become so focused on getting the ‘perfect photo’ that we don’t stop to think about whether it’s good for the animals.

Non-disruptive animal encounters that take place in the wild (or a National Park) and at a comfortable distance are perfectly fine. A wildlife and conservation tour is the ideal environment to embrace photo opportunities without causing harm. If the animals are living freely and happily, then it’s all good.

The problem arises when animals are used as props, taken from the wild as babies and either beaten or drugged into submission to ensure they remain harmless. That tiger you see your tinder date posing with has probably been sedated – or worse.

Alongside the magnificent beasts you have the tiny cute animals, like the endangered slow loris. Slow lorises in captivity have their teeth removed to stop them biting tourists, often leading to infection and early death. They’re also incredibly shy animals, which makes close encounters of this kind particularly stressful.

Taking a protected species from the wild is illegal in most countries, yet these practices will continue to take place for as long as people are willing to pay for them.

To ride or not to ride?

Riding an elephant is on a lot of travellers’ bucket lists. Sure, it’s a once in a lifetime experience – for the tourist. For the elephant, it’s an unpaid position they never signed up for.

Consider appreciating these gentle giants from the ground, instead of their backs. On the surface, it may appear that riding an elephant does no harm, but as is often the case, the worst cruelty is usually hidden from those that are paying for it. Elephants used for riding experiences are, for the most part:

Taken from the wild as babies
Caged and subjected to beatings, known as the ‘training crush’
Bound or chained up for several hours a day
Unable to socialise with other elephants
Unable to exhibit natural behaviour

In its 2010 report Wildlife on a Tightrope, World Animal Protection found that more than half of captive elephants live in ‘terrible’ conditions.

Does this mean you can’t hang out with elephants? No.

If you’re looking for an ethical elephant experience, consider visiting a sanctuary. Not only can you wash, feed and spend time with the elephants, you will also be supporting vital conservation work and efforts to fight the illegal ivory trade. Boon Lott’s Elephant Sanctuary in Thailand is renowned for taking excellent care of its residents, allowing visitors to experience all aspects of their everyday lives – without riding them.

There are various places where cruel treatment towards animals forms part of the region’s cultural heritage. But just because an activity is culturally embedded doesn’t make it morally justifiable. If you love animals, avoid events like cockfighting, bullfighting, or any of the festivals that make a sport out of animal cruelty, such as Pamplona’s Running of the Bulls or Brazil’s Festival of the Ox.

Likewise, steer clear of local cuisine made from wild or endangered animals. Civet coffee (kopi luwak) and shark fin soup are two examples of ‘local delicacies’ that cause harm and suffering to native species. Be wary too of souvenirs made from animals: ivory, leather, bones, coral, shells or fur. The last thing you want is for your holiday trinkets to keep the illegal wildlife trade in business. If you’re unsure, ask.

Do your research and make positive choices

Looking out for wildlife abroad doesn’t mean you can’t enjoy amazing animal experiences. The best way to avoid supporting tourist organisations that cause harm and suffering to wildlife is to do plenty of research before your trip. Being informed and making ethical choices is one of the best weapons we have in the fight against animal exploitation.

These organisations will continue to exist only as long as people patronise them. As ethical travellers, our choices have the power to shape and influence the future of animal conservation and trafficking. With Google at our fingertips, ignorance is no longer an excuse.

The message is simple: wild animals belong in the wild. The more aware we are of how animals are used and treated for the sake of tourism, the better we can take steps to protect them. Find out more about Soulful Concepts’ conservation and wildlife tours. 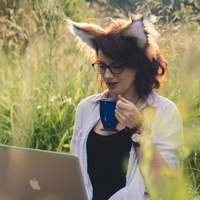 Soulful Concepts blog aims to draw attention to the importance of responsible travel and sustainable living. We want to empower consumers to travel with a social conscious and make informed decisions about the companies they support and products they buy.


Disclosure: We use affiliate links to monetize our content. We may receive a commission on products or services that you purchase through clicking on links within our Green Hub.